Added 3 months ago by admin
21 Views
Had some free days in Stockholm in between filming Season 10 of Allt För Sverige. Erika Newell and Jon Strand decide to get tattoos on a lazy Sunday in Stockholm, but not all goes to plan. After some champagne, a photo shoot with Brittany Pearson, and a race to reach the parlor before it closes - the ink starts to fly.

Allt För Sverige is an Emmy and Kristallen award winning Swedish reality TV show. It is in it's 10th season and is the most popular reality show in Sweden with over 2 million viewers watching the season 9 finale.

It is a breath of fresh air when it comes to reality TV. There is no drama. They even told us if they happened to film a bad argument, it would never see the light of day. Instead the show focuses on telling the stories of 10 Swedish Americans as they trace their family roots all over Sweden. If you watch it, you'll see just how powerful it is - have some kleenex nearby. It jokingly over there is known as "the show with the crying Americans." 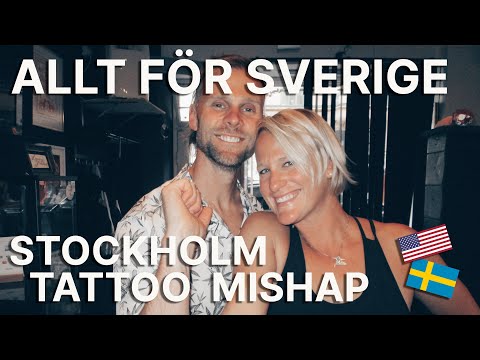 Had some free days in Stockholm in between filming Season 10 of Allt För Sverige. Erika Newell and Jon Strand decide to get tattoos on a lazy Sunday i...